Adventure Time: Magic Man’s Head Games is one of the best games available for the Samsung Gear VR at the moment, especially if you’re a fan of the show. This game has been receiving a lot of praise, and rightfully so, and I feel that the reason behind all of these positive reviews is because of how it engages the player.

The game starts from a first person perspective where you, the player, are sitting with two of the show’s main characters, Finn and Jake, and then the villain comes in and turns you into a balloon. Which is a clever way that the game explains the perspective you then have for the rest of the game. When playing this game you are at a birds eye view, with the characters and the world beneath you; as if you are a giant. The mechanics are fairly simple and the controls utilize both a controller and other somewhat familiar look and select mechanics which we have seen in other VR games. 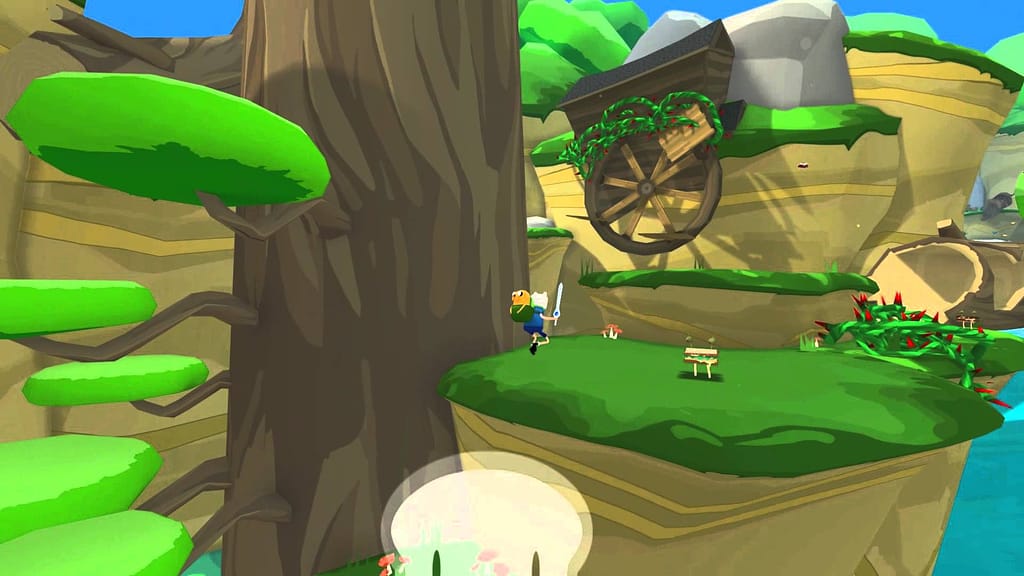 However what really sets it apart is the way that the characters interact with you. Throughout the game the characters are talking to you as if you’re right there in the world with them. This is a cool mechanic because it makes you more engaged in the game and you’re more drawn in; as opposed to a more traditional VR game where there are no companions or a host. I also think that the fact that the characters in this case are from a popular kids cartoon will add to the mysticism for fans of the show; who will feel like they’re on an adventure with some of their friends and not just random characters. My only criticism is that the game is too short, with only two levels it leaves the player wanting more.

Ultimately, Adventure Time Magic Man’s Head Games’ success comes from how engaging it is and how enjoyable it is to play. Its success has been further magnified, and will remain popular because, it’s based on a very popular kids TV show; this prebuilt audience makes it so it’s more likely to be successful as long as the game is fun and easy to play. This can serve as a good model for VR games in the future; if you want to engage kids then you’re going to need to make them feel like they’re a part of the world they’re exploring. Additionally using a brand which kids are already familiar with could be a key to early success and popularity which will be sustained by fun gameplay, and a world which keeps you engaged while you play.